Without really being aware of it, we breathe in small quantities of toxic particles from the surrounding air 24 hours a day. These are responsible for a great many health problems. 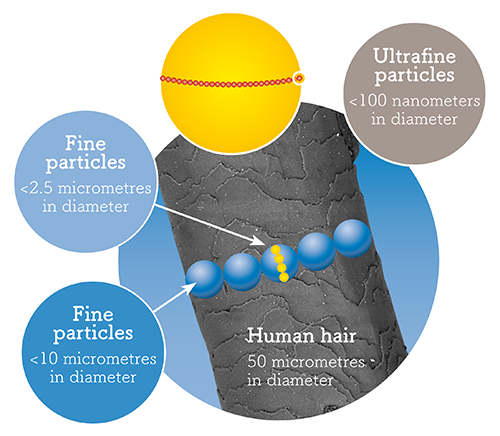 Fine particles, defined as particles smaller than 10 micrometres, are the result of man-made or natural combustion processes, friction, evaporation or chemical reactions. Various studies have shown that fine particles are associated with an increased risk of respiratory and cardiovascular health problems. The World Health Organisation has classified fine particles as carcinogenic (especially lung cancer) and therefore dangerous to the public health.

Nitrogen can take on various chemical forms. Ammonia (NH3) is mainly released in agriculture through evaporation from animal manure and fertilizer, and contributes to the formation of particulate matter. Nitrogen oxides (NOx) are mainly emitted by traffic and industry during combustion processes. 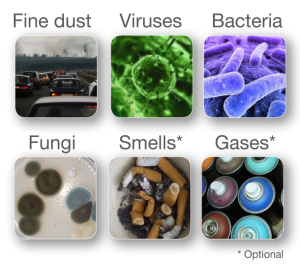